A Public Support Council with Independent Assessor, Daya Wenke, was held on 5.12. in Community Support Center.

There were discussed some practices and examples in Bulgaria as well as in Northern Europe. The meeting was led by Dr. Nadya Stoykova, Director of the Program “Children and Justice. Prevention of Violence” in SAPI attended by judges from the Sofia District Court, investigating police officers of the SDRD and the Regional Departments of the State Agency for Child Protection, as well as officials from different Child Protection Departments.

During the meeting, the film "Everything under a Roof" was broadcast, and a discussion was held on the different practices of the judicial system for dealing with and dealing with cases of child victims.

Diana Venke is the second time in Bulgaria, her first participation was in Public Support Council in February.

Next Previous
About us
Services
Centers
Resource Centers 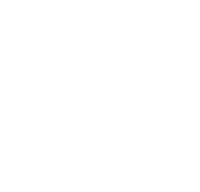